Web content is part of the future of the internet. By this we mean that it’s growth, which is already explosive, will only continue to grow at an enormous pace. Already, the consumption of video content is the single fasted growing consumer market in all of human history. 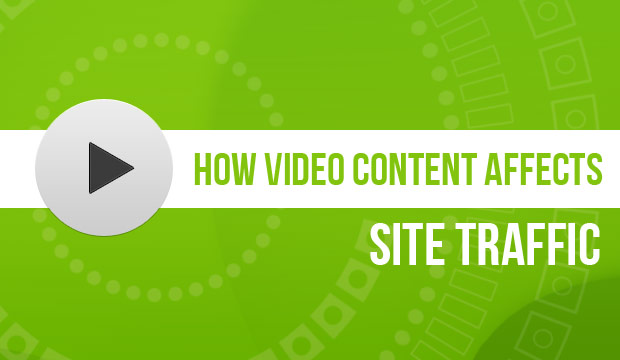 Every day nearly 87,000 content videos on virtually any conceivable topic are uploaded to the internet, adding to an existing archive of more than 12 billion films that’s already in place. Now, these immense numbers represent only YouTube, the internet’s single largest movie content archive. There are numerous others out there, from streaming movie sites to other video sharing sites similar to YouTube. These others represent an additional several billion films.

These vast numbers give you a rough picture of just how colossal the video content trend has become. And this trend has today completely reshaped how information is presented on the web; more and more often, where text was once used, video is now the preferred delivery mechanism. People, content consumers and information hungry readers are often showing a greater preference for video content and search engines are adapting their algorithms to give more and more video results, often in the top spots on search results; the result of this is a steadily shifting search patterns.

Furthermore, many web users don’t even first search through general Google listings anymore; instead they go straight to YouTube or their favorite competitors version of the same thing to find whatever info they’re looking for, particularly with instructional videos, movie clips and music.

If we take the explosively expanding mobile internet market that exists thanks to Tablets and smart phones into account, video’s popularity is guaranteed to grow immensely. As of 2011, there were 1.3 billion active mobile internet subscriptions on the 3G network worldwide, and these don’t include the massive usage of WiFi networks and the much smaller but steadily growing 4G internet network that’s also developing.

With all of these web transmission changes, amounting to a majority of all internet use worldwide, video is becoming the dominant form of content presentation in many cases. It’s simply easier to focus on over a small screen, easier to present and this in turn has a big impact on the growth of video.

In essence, web traffic is slowly being guided more and more in the direction of pages that mix video with text and present both effectively and relevantly based on viewer search queries.

Websites that adapt to this new content trend will benefit the most from the enormous traffic potential that is available through both the PC and mobile web marketplaces.

Some Common Misconceptions about Video

While the online video content marketplace grows, a lot of people are still failing to take advantage of it for often misplaced reasons. Here are some very frequent misconceptions that many webmasters and web developers have about using video content to promote themselves and their online brand.

As far from the truth as could be. While Advertising on TV and other cable film media may cost a fortune, online video marketing can be wither dirt cheap or completely free, costing only the effort it takes to optimize and position your videos well. If you’re hosting your movies through the video sharing sites like YouTube, you don’t need to pay a penny, not even for the bandwidth usage of a video that goes viral and generates millions of page views for you.

Just ponder that for a moment; it’s not very difficult to get at least 100,000 page views for a YouTube video that is cleverly designed, catchy or well optimized and it can also be done without spending more than a few dollars and some personal time promoting the video. At the same time, how many thousands and thousands of dollars would it cost to present a 10 minute self promotion film on cable media with the intention of getting those same 100,000 viewings? That’s right, online video is very cheap.

Another common misconception caused by too many years of watching shiny, glitzy TV ads; the idea that a well converting and extremely effective piece of video content needs to be crystal clear and full of awesome graphics in order to please an audience is downright false. Ad and content campaigns on YouTube have proven this many, many times in the form of home video camera videos and even films shot with cell phone cameras generating several million pageviews and garnering their creators all sorts of positive web attention.

On the internet, shiny quality certainly helps, but what’s much more important is that your video contains quality content, that it helps your viewers out in some important way while being clear and audible enough to be viewable. That’s all -web viewers are already used to less than perfect movies.

As the stats shown in the first part of this article make clear, video on the internet is huge. The sheer volume of content available is like nothing ever seen or created before in our entire history. With this in mind, many people might be easily discouraged from marketing through video content simply because they think that wide distribution will never be possible. This is mistaken for a few main reasons.

First, you’re not competing against all 12 billion online videos! You’re only competing within your narrowly defined niche and that will be a much smaller marketplace.

Second, even within your much smaller video niche, many of your “competitors” won’t have a clue about proper distribution, keyword strategies, some uncommon keyword strategies, and optimization techniques, thus giving you a massive leg up if you do. This shrinks your competition down even more.

Third, If you do learn to distribute your videos strategically, optimize them well with search friendly titles, keyword rich descriptions and tag them with the right keywords if you embed them on your own website or on YouTube, then your video content will be surprisingly easy to share with a very wide audience of the most interested viewers. And these are the viewers you really want to go after; not millions and millions of general internet users, just those that are likely to take action and pay more attention to you because of your videos.

Steven Chalmers reviews Intercall when he’s not writing poignant articles for the technology industry. He has been a freelance tech writer for over a decade.